A Series of Lessons In Raja Yoga

In India, the Candidates for Initiation into the science of "Raja Yoga," when they apply to the Yogi Masters for instruction, are given a series of lessons designed to enlighten them regarding the nature of the Real Self, and to instruct them in the secret knowledge whereby they may develop the consciousness and realization of the real "I" within them. They are shown how they may cast aside the erroneous or imperfect knowledge regarding their real identity.

Until the Candidate masters this instruction, or at least until the truth becomes fixed in his consciousness, further instruction is denied him, for it is held that until he has awakened to a conscious realization of his Actual Identity, he is not able to understand the source of his power, and, moreover, is not able to feel within him the power of the Will, which power underlies the entire teachings of "Raja Yoga."

The Yogi Masters are hot satisfied if the Candidate forms merely a clear intellectual conception of this Actual Identity,...

Yogi Ramacharaka was the pseudonym of William Walker Atkinson, an American writer who was influential in turn-of-the-century (1890s-1900s) spiritual and philosophical movements such as 'New Thought' (a precursor to today's New Age movement) and Theosophy. Atkinson, writing as Ramacharaka, helped to popularize Eastern concepts in America, with Yoga and a broadly-interpreted Hinduism being particular areas of focus. Ramacharaka's Advanced Course in Yoga Philosophy and Oriental Occultism remains widely respected as an excellent primer for the Western layman, despite the fact that it reached 100 years old in 2004 and is understandably dated in some respects. There are a number of other Ramacharaka works, in addition to several popular books written by Atkinson under his own name. Many of Atkinson's works sold well at the time of their publication, although he has not been favored with significant historical recognition. 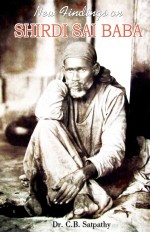 A Princess of Mars

The Secret of the...

by The Brothers Grimm

The Senses and th...