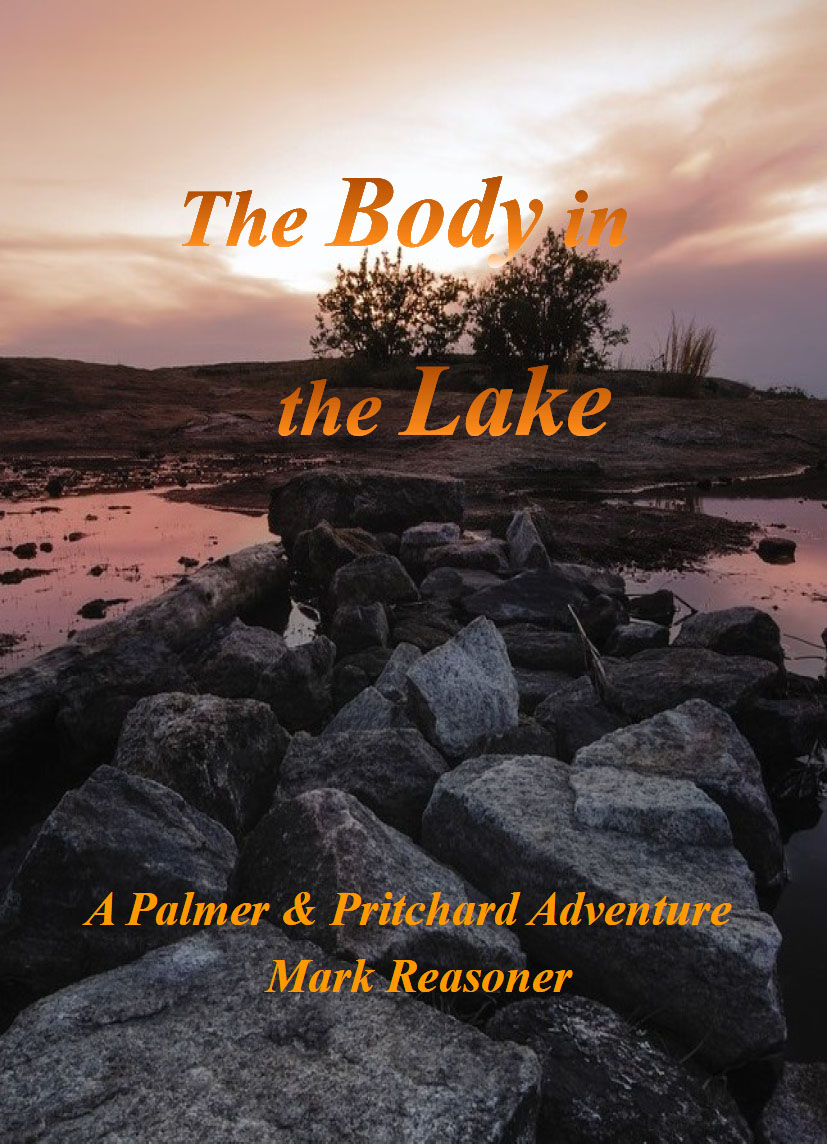 Body in the Lake

Another year and another mystery for Corey Palmer and Michelle Pritchard as they once more get into places they shouldn't and discover the body of someone long forgotten at the bottom of Lake Cyrus.
Wanting just one more summer-like afternoon up at the lake, Corey and Michelle find the water drained and lots of mud, debris and other things to crawl over and around. They stumble onto a sunken rowboat covering a man's body. Not wanting to be in trouble with the authorities again, they call for help and soon the lake is crawling with firefighters, sheriff's deputies and the medical examiner's team. The body is recovered and the investigation is on.
Told to stay out of things, Corey and Michelle do nothing of the kind. And they have their own mystery to solve, trying to find out about a second discovery from the lake's muddy bottom, a US Naval Academy class ring from 1965.
It's not just finding answers for the kids as life and eighth grade take up most of their time. The lead up to a school dance forces Corey to learn some hard lessons about how women should be treated and what happens when a young man completely misses clues from the fairer sex. He'll work through it with help from his mother and Judge Danielson, and Michelle will forgive him and they'll go to the dance together.
Michelle will face her own problems. As she grows into a beautiful young woman, she'll face harassment from older boys and an incident where she's touched inappropriately. She'll navigate these in convincing style with and without Corey's help.
While working on the ring, Corey and Michelle join Officer Brenda Shelton to trace leads and find new information. Their efforts uncover a person who came through the area about fifty years ago and then disappeared. This man wasn't a good person and ended up in a lot of trouble finally being tried for raping the young woman who became Sheriff Wingate's mother.
Everything comes together over the Thanksgiving Holiday when the kids are lured into a confrontation with last person involved in the dead man's disappearance. They barely make it out alive, thanks to some quick thinking and good luck, and learn the true story of when and how the man ended up at the bottom of Lake Cyrus. They also find out who he was and the connection to Sheriff Wingate.

:Mark Reasoner is a Hoosier by birth, a teacher by profession, and a storyteller by nature. Born and raised in Indiana, he now lives and writes in Neptune Beach Florida. His previous writings have appeared in Folio Weekly, the DeKalb Literary Arts Journal, the Florida Times Union and various corporate publications. Several of his short stories appeared in the collections, Snowbird Christmas Volume Two & Volume Three. His first novel, ONE LAST KICKOFF was published in 2014. He is currently employed as a software trainer, where part of his job is developing and writing full narrations for computer-based training sessions, then recording the results. Married to Karen Stewart (aka The Fix-it Sister) for over thirty years, Mark spends much of his non-writing time trying to stay out of the way when she gets loose with her power tools. A two-time honoree of the Royal Palm Literary Awards, given by the Florida Writers Association, a first place in 2011 in the category, General Fiction