It is an Encyclopedia about the Great srivaishnava Acharya Sri Ramanuja's Life and works. It is the first of a series of books released to commemorate the Great Acharya's millennium celebrations in 2017. The sequels shall contain simplified tamil commentaries for Sri. Ramanuja's Nine Gems (Navarathnas). The simplified commentary for Vedanta saaram has been published this year. In the years to come simple tamil commentaries for Vedanta Deepa, Vedartha Sangraha, Sri Bashyam., the Bhagavad Geeta, Nithyam and Gadhyathrayam are envisaged.

He had his spiritual education under Sri U. Ve Govinda Narasimacharya swamy of Srirangam, a renowned exponent of Sri Vaishnava sampradhaya. In 1997 Sri Krishnamchari established "Sri Ranganchiyar Achagam" and a publishing house Sri Vaishnava Sri, where many an ancient and rare grantha has been reborn by way of reprint. He has brought out hundreds of books, for the benefit of the entire Sri Vaishnava community. In 1998 he started the magazine Panchajanyam dedicated to the issues connected with Sri Vaishnavism. He is also conducting a distance education course in Sri Vaishnavism from which nearly 2000 students have benefitted till date. As the Editor of Panchajanyam he has contributed articles to various magazines, souvenirs. He has also organised seminars about the Great Vaishnava preceptors in the Department of Vaishnavism, University of Madras. As the Secretary of Divyadesa Paramparya Padhukappu Peravai (DDPPP), a forum to safeguard the interest of the 108 Holy Shrines of Lord Sriman Narayana (108 Divyadesams) he has waged many a battle thru "Panchajanyam", Educative flyers, wall posters, Legal actions etc., He has been delivering lectures in Tamil and English in several forums all over India. His autobiographgy series currently being written in Panchajanyam is quite popular among several readers and would one day be treated on par with Anandarangam Pillai & Pepy's Diary. His Sri Vaishnava Sri institution is the hub for many Sri Vaishnavite renaissance activities. His writings on the Srirangam Temple thru the ages, Koil Ozhugu (16 vols, 7000 pages) a Magnum Opus which deals with many aspects of Srirangam w.r.t Epigraphy, Art, Architecture, Wars, Puranas, Customs & Traditions, 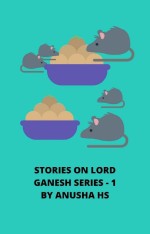