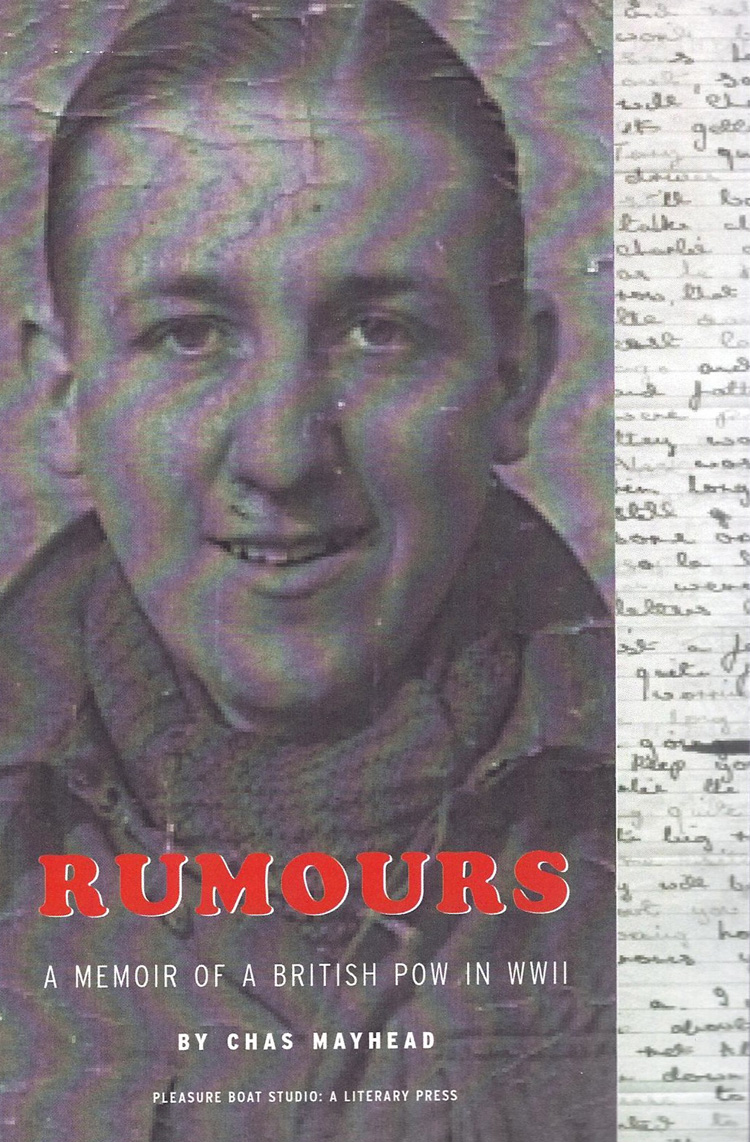 Rumours: A Memoir of a British POW in WWII

Chas Mayhead was one of the millions of young British lads of the '30s who went into the military happily, hoping for an escape from his working class neighborhood. Chas was assigned to the Middle East, and within a year, he was separated from his company in the desert and captured by the Germans. He was held as a prisoner in North Africa, shipped in a cargo vessel across the Mediterranean, and sent to a prison camp in Northern Italy. He escaped across the Alps toward Switzerland, was re-captured just outside the Swiss border, was shipped to a POW camp in Germany, and escaped again near the end of the war.In this book, Chas describes life as a prisoner during that nightmarish period of world history. He tells of the treatments of prisoners by the Germans vs. the Italians, of the tensions among the prisoners, of the kind of work the men did and the kind of food they ate. Some of the stories are humorous, filled with the small joys only a prisoner can find. Others are tense and frightening: getting into a fist fight with a guard, being discovered in an escape attempt, standing before a firing squad, smuggling food into a barracks. Through it all, Chas maintains his strong love of country and his fierce sense of pride. He comes out of the experience a changed man. Not changed the way he'd wanted to be when he longed to escape his neighborhood, but changed in the way such daily confrontations with death and starvation might change a person: Giving him a recognition of life as a gift, as a daily joy to be appreciated, not taken for granted.

Chas Mayhead is married to Eve. They've recently moved to Sussex, near the coast, where they like to walk along the promenade. He is a passionate bowler and a great supporter of the Middlesex Cricket Club. Mostly, though, he loves to be with his family, particularly his three grandchildren: Scott, Amy, and little Charlie. He was a reluctant teller of this story, but his publisher prodded and insisted until it was done.