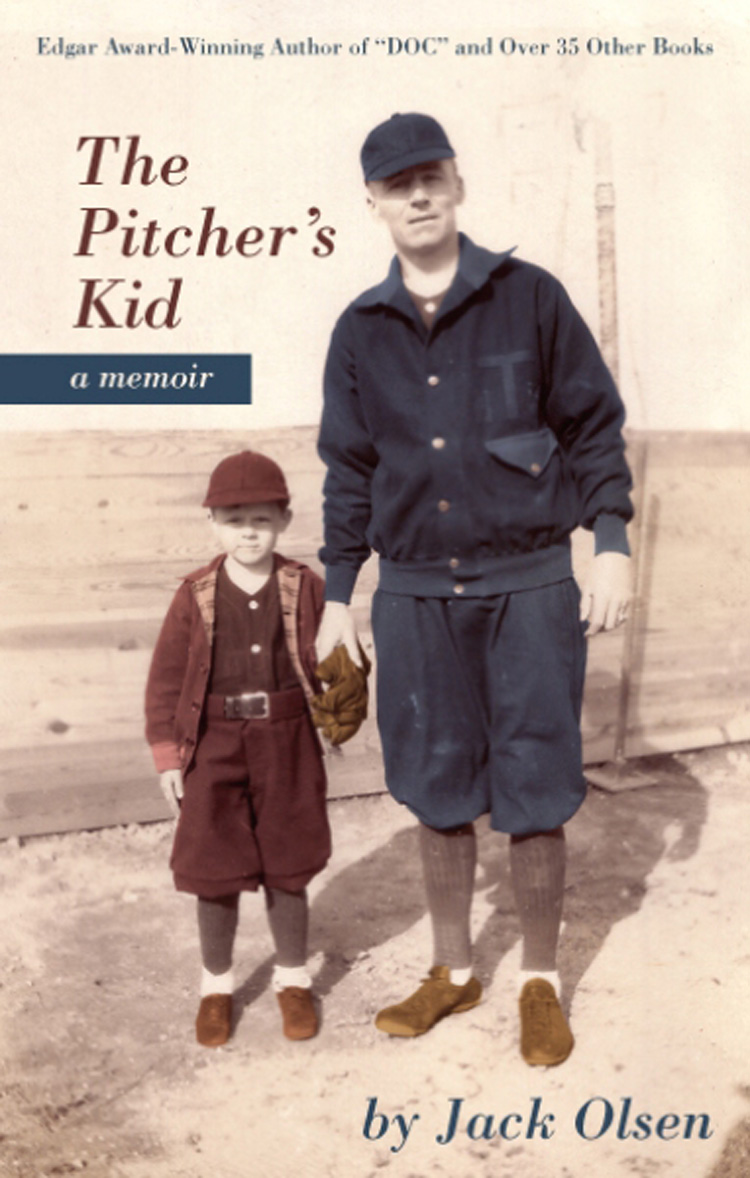 The Pitcher's Kid is Jack Olsen's memoir of the first 18 years of his life, years that formed his voice, his ear, and his passionate concern for the underdog. It is a story of a young boy's desperate yearning for a father during a time of extreme poverty and confusion. The book has been compared to Frank McCourt for its poignant depiction of deprivation, to Geoffrey Wolff for its sad depiction of a deceptive father, and to David Sedaris for its hilarious depiction of childhood. This is an unforgettable tale of coming of age during the hard years of America's Depression and of a family's struggle to not just survive, but to triumph.

Born June 7, 1925, Jack Olsen was the award-winning author of 36 books published in 15 countries and 11 languages. A former Time bureau chief, Olsen wrote for Vanity Fair, People, Paris Match, Readers Digest, Playboy, Life, Sports Illustrated, Fortune, New York Times Book Review and others. His books included The Misbegotten Son, The Bridge at Chappaquiddick, the eco-thriller Night of the Grizzlies, and his monumental study of a Nazi massacre in Italy, Silence on Monte Sole. Three of his works were adapted for the screen, including Have You Seen My Son? on ABC. The Philadelphia Inquirer described him as "an American treasure." Jack Olsen passed away on July 17, 2002.