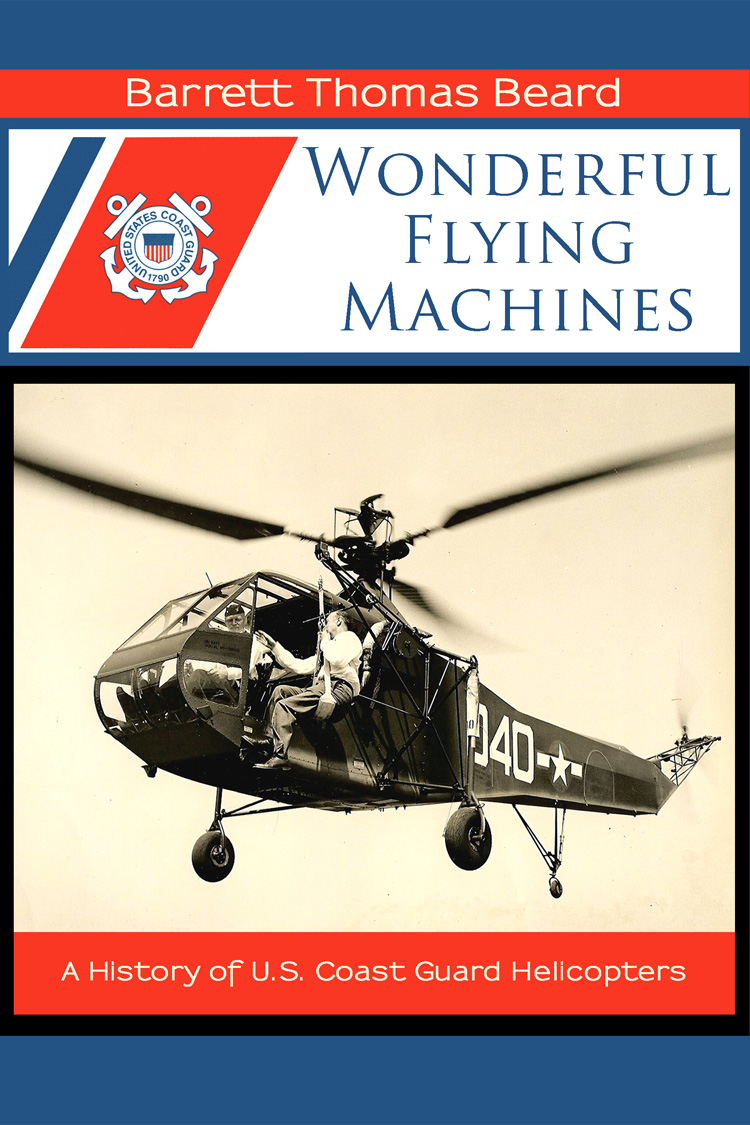 While millions of people readily associate the trilogy of Helicopter-Rescue-Coast Guard, few are aware of the symbiotic relationship between the smallest of the armed services, the genial genius Igor Sikorsky, and the then-emerging helicopter struggling for development in the midst of World War II. Incredible as it now seems, great resis¬tance to developing and utilizing rotary-wing aircraft was entrenched within each of the armed forces, and only the relentless, dogged determination of less than a handful of Coast Guard officers turned the tide and launched a new chapter in aviation history.

About the Author: Barrett Thomas "Tom" Beard entered the Navy as an enlisted man in 1953 and completed flight training as a Navcad in 1955. With a commission in the U.S. Naval Reserve, he flew operational missions—including carrier landings—in A-l Skyraiders and E-l Tracers. He qualified in more than a dozen other types of Navy aircraft, including F-9 Cougars. He served two tours as flight instructor in his ten years with the Navy.In 1965, following his return from a Vietnam tour at Yankee Station, Mr. Beard entered the Coast Guard. He flew in SAR operations in the HU-16E Albatross, the C-130 Hercules, and the HH-52A Seaguard. He qualified as a seaplane pilot, a shipboard helicopters pilot, and a Coast Guard standardization pilot, accumulating more than 6,000 military flight hours during his career. Mr. Beard holds an FAA airline transport pilot rating and a commercial helicopter rating, plus a Coast Guard master's license for inspected vessels.After retiring in 1975, Mr. Beard returned to college, earning a master's degree in history from Western Washington University in Bellingham. Following employment as a museum director, he turned back to the sea, in sailboats. Over the past twenty years, he and his wife, Carolyn, have sailed nearly 150,000 miles and visited about fifty countries as they've circled the world one and a half times. Mr. Beard takes vacations from these voyages to return home to research and write articles in his field of maritime history.